End the occupation and withdraw the Troops

Letter posted in the Sunday Herald of 27 December 2009.

Sayed Salahuddinin's report from Kabul 'Afghan cabinet retains ministers favoured by the West' [Sunday Herald 20/12/09] highlights the essential role President Karzai plays in the occupation, serving his masters in Washington and London occupying Afghanistan militarily on the one hand, and beholden to ethnic and tribal warlords, some would prefer the term 'war criminals', for local influence on the other.
Corruption is a very strong charge inferring as it does accusations of fraudulence, double dealing, financial and political skullduggery. And yet in describing the regime of Hamid Karzai, a man who lived in California for 20 years before being installed by the Americans and who remains a US citizen, it does not sufficiently describe the day to day reality on the ground for ordinary Afghans. Their circumstances are so dreadful as winter sets in that one is almost tempted to suggest their response to his cabinet appointments this week will be 'so what, under US and British instructions he appointed 60% of the entire Afghan Parliament!'
The appalling corruption in Hamid Karzai's government is, as the remarkable Afghan MP [democratically elected overwhelmingly in her own constituency] Malalai Joya pointed out in her recent trip to London, an inevitable by-product of the occupation Britain and America have conducted against the wishes of the Afghan people for the past 8 years.
The most recent poll, conducted for the Washington Post, shows 80% of Afghans want British and US forces to leave. For such a corrpution of the democratic process as this to persist it is of course necessary for a 'quizling' such as Karzai to be propped up. It is no wonder given these circumstances then that 70% of the British population want Gordon Brown to end our occupation and withdraw our troops.
Posted by Colin at 13:33 No comments: 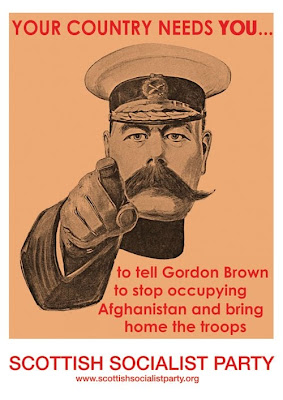 Obama receives this year's Nobel Peace Prize! Who were the runners up the Burmese Junta? Pol Pot? Hitler? 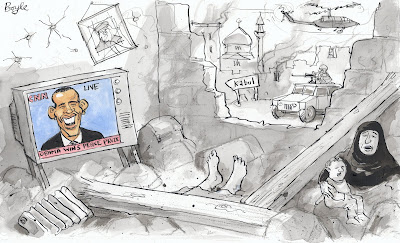 As usual my good friend Frank Boyle captures the
essence of the message perfectly in his cartoon.
Posted by Colin at 12:17 No comments: 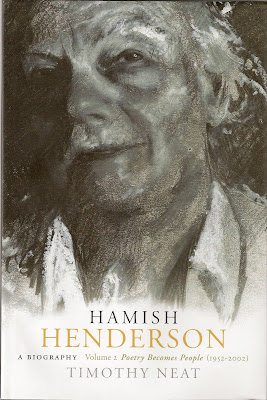 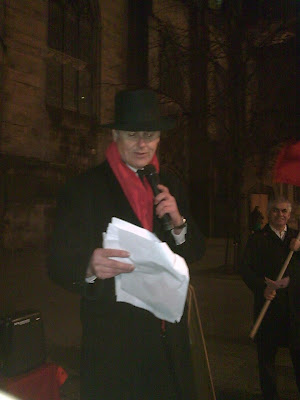 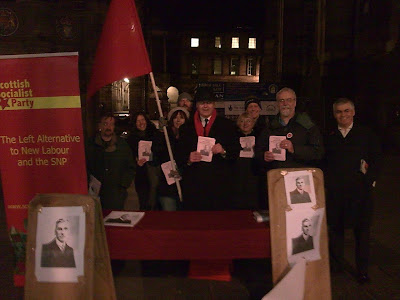