Are The Bankers Now 'Too Big To Jail' ? 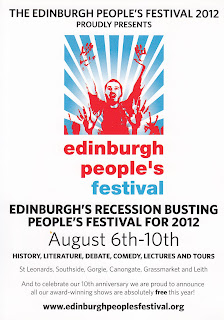 Letter to The Scotsman


Dear Sir
I enjoyed reading Michael Kelly's lighthearted column in yesterdays paper
['Pomp, circumstance and endless security checks' 4/7/12].
I particularly chuckled when he wrote 'The monarchy has brought stability to
the United Kingdom. It keeps politics away from the function of the head of
state.' For here he unwittingly highlights the fundamental contradiction in
the monarchist case namely that The Queen plays a role above and beyond
politics and yet is somehow responsible for '60 years of stability'.

As a supporter of a modern democratic republic with an elected head of
state - and Michael grants me the honour of recognition in his final
paragraph - I am compelled to point out the political powers of The Queen
are not benign at all. I would remind readers that The Queen refused me my
seat in the Scottish Parliament in 2003, a seat to which the voters of the
Lothians elected me. Despite securing a democratic mandate from the people
our unelected and unaccountable monarch demanded I swore allegiance to her.
It remains the case that all elected representatives in Britain cannot take
their seats unless they do so.

And I would remind people that every Bill passed by the elected Scottish
Parliament and House of Commons must secure the Queen's signature before it
can become law. She also appoints every member of the House of Lords and the
even more powerful Privy Council. She is the legal head of our armed forces
and judiciary who must also swear allegiance to her on a daily basis. Party
leaders who win General Elections must seek her permission to form a
Government just as David Cameron was obliged to in 2010. And let's not
forget the notorious Crown Powers which bestow very considerable
extra-judicial authority to the monarch. All these examples illustrates the
very considerable powers our unelected and unaccountable sovereign wields
over her 'subjects'.

Looking across the world we see no King of Germany or France of the USA or
China or Brazil or India or Russia. Britain's constitutional position is an
outdated anachronism which belongs to those feudal times from whence it
came.

Nonetheless I am heartened support for a democratic alternative to unelected
and unaccountable 'divine rights of Kings [and Queens]' is waning in
Scotland. And to my mind that reflects a much more modern and egalitarian
spirit and culture.

At the same time I am disappointed our national media largely ignores the
important issues of principle at stake here preferring to trivialise the
arguments on both sides and this I believe ill serves the public.