Today’s ruling by the UK Supreme Court that the Government must seek Parliaments consent before signing Article 50 of the Lisbon Treaty and begin Britain's formal exit from the EU comes amid dramatically different political circumstances from those in early December when the case was heard.


Then the judgement threatened to throw Theresa May’s ‘Brexit’ plans into chaos. There was speculation that a Parliament stacked with a huge majority of MP's who had voted to Remain might thwart Brexit. And there was a bitter and unseemly intra-establishment row between ‘Remainers’ paying for a last gasp legal attempt to overthrow the wishes of the electorate and ‘Brexiteers’ accusing the courts of interfering with equally anti-democratic monarchical powers to plough on regardless of Parliament's wishes. Now however Theresa May’s hand appears immensely stronger. Her aim to sign Article 50 by the end of March is back on track.
What caused the turnaround? The answer is that the die-hard ‘Remainers’ looked over the cliff edge and decided they did not have the stomach for defying voters after all.


May’s ‘Article 50’ Bill with its ‘Hard Brexit’ plan to halt the free movement of labour, stop payments to the EU and extricate Britain from the European Courts of Justice will be given the green light within weeks. All Tory MP’s will vote for it and so will two thirds of Labour’s. Which leaves only right-wing Labour ‘rebels’, 6 Lib Dems and the SNP huddled together in the ‘No’ Lobby.


Where does this leave the case for Scottish Independence? The short answer is not in a good place. The SNP have spent 7 months grandstanding and using Independence as some EU bargaining chip. Their bluff has been called time and time again. In June Nicola Sturgeon promised to ignore the UK vote and somehow keep Scotland inside the EU. She jetted round European capitals ‘sooking up’ to as many EU leaders as would meet her seeking help to thwart ‘Scexit’. As widely anticipated she got nowhere with either gambit. Next she insisted she would get Scotland a seat on the UK negotiating team. Having failed to deliver that too she finally warned she was ‘not bluffing’ over INDYREF2 and there must not be a ‘Hard Brexit’. If Scotland did not get to remain in the Single Market she would ‘almost, almost, almost inevitably’ call a [legally unenforceable] second Referendum. She did nothing of the kind of course. And today her ludicrous plan to use the ‘powers’ in the Sewell Convention have been utterly dismissed by eleven Supreme Court Justices.


And the reason for not delivering a single one of her threats? Her impotence. Even the dogs in the street know she is bluffing over INDYREF2. Neither Nicola Sturgeon nor anyone else in the YES side is going to hold a second referendum while the polls are this bad. Support for Independence is not only in the minority it has been falling since June!


The same conservative SNP who infer Nicola will gamble on ‘one last throw of the dice’ know she has not made the case for Independence for two years now.


As the Scottish Socialist Party and others have been pointing out for months the EU is not the issue upon which to win INDYREF2. The EU is an anti-democratic bosses club in the grip of the same neo-liberal capitalism that was rejected in Britain in June [and the US in November]. It is no friend of working people. The SSP called for a ‘Remain’ vote in June as the ‘lesser of two evils’. Now that the verdict has been delivered we must all respect it and leave.


Nicola Sturgeon has ignored all else in her ‘in tray’ these past 7 months in order to highlight the ‘democratic deficit’ inherent in the June 23rd vote. But she has ‘over egged the pudding’. For that particular ‘democratic deficit’ is not the only one Scots have suffered in recent years. And neither it is the most egregious. The war in Iraq and the Poll tax were even more offensive. Neither are such ‘democratic deficits’ all there is to the case for Independence. We will only win the vote for Independence when we can prove to Scotland’s working class majority they will be economically, socially and politically better off that way. Threatening INDYREF2 is not the same as making the case for Independence. That case has not been made and that is why we lag in the polls. Moreover increasingly frequent warnings from the SNP Deputy Leader and others that working class Scots will be worse off for the first 5 years of Independence at least is only going to prolong our minority status.


The psephologists Professor John Curtice and Dr Craig Dalyell have both shown the immensely more difficult challenges facing the YES campaign second time round. Some 13% of YES voters have moved to NO because of fears about the state of the Scottish economy. And the full impact of that journey is only now being revealed as it has been masked by the 14% of No voters who had moved in the other direction because they wanted to keep Scotland inside the EU. As that is clearly not going to happen they may drift back.


Rather than making an opportunist and undeliverable case for keeping Scotland in the anti-democratic neo-liberal EU as the SNP leadership has done the wider Independence movement needs to concentrate on making the fundamental - economic, social and political - case for self-determination. We have wasted 2 years waiting on the SNP to do it.
Posted by Colin at 15:07 No comments: 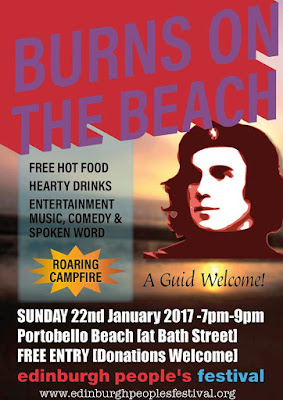