Stopping the Council cuts in Edinburgh

Last night I attended a packed meeting in the Gorgie Memorial Hall where the local community came together to oppose the SNP/Liberal Council's plan to close the centre together with 5 other facilities in the area as part of their latest cuts package.
I was able to offer campaigners the full support of the Scottish Socialist Party in their efforts to retain the facility for Gorgie.
I also made it clear that it will figure highly in my election campaign in Edinburgh South West since we, the SSP, oppose these cuts in community learning and development as well have consistently oped all others. Indeed we are the only party in this city who for the past ten years have opposed all the cuts carried out here. Until 2007 it was Labour Councillors who were shutting down our schools and community centres. Now it is those hypocritical SNP/Lib Dem Councillors elected 3 years ago on a 'No Cuts' promise. only the SSP has 'clean hands' because as a matter of principle we will not allow a rich city like this to claim it does not have the money to provide community support for our citizens.
Gorgie Memorial Hall is a well used local facility. More than 8,000 people used it last year, ranging from Mums and toddlers groups to senior citizens. Jim Aitken from the centre's Management Committee explained to the meeting that thousands of residents in the Gorgie area have already signed the petition to keep the Hall open. He also explained that the Hall has been in use as a community facility for 120 years and there are no other community facilities in the area which all the local groups can use. Since no SNP or Lib Dem Councillors were prepared to attend the meeting, campaigners decided to go up to the City Chambers next week to press officials into keeping the premises open.
The Education, Children and Families and Communities Committee meets in May to make the final decision.
In the meantime the SSP will host a public meeting in Gorgie on 8th April as part of our election campaign in South West Edinburgh and we will have campaigners from the 'Save Gorgie Memorial Hall' on our platform.
Posted by Colin at 20:13 No comments: 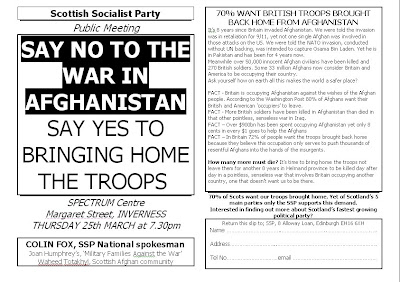 Campaigners step up opposition to comunity education cuts in Edinburgh

Hundreds of people in South West Edinburgh in particular are up in arms about plans announced by the SNP/Liberal Democrat led City of Edinburgh Council to close 6 community centres in the area.
I was invited to join 50 of them last night at a heated 'consultation' meeting held in Wester Hailes Community Education Centre [WHEC] and I must say I was inspired. The audience, mainly women, told City Council officials from the Community Learning Department in no uncertain terms what they could do with their plans to close community centres in Colinton Mains, Longstone and Sighthill, the Gorgie Memorial Hall and the adult literacy programmes 'Platform' and 'The Number Shop'.
I was less than inspired to see Labour and Tory Councillors in the meeting playing a less than honest game with the protesters. These two parties have a record of cuts going back decades in Edinburgh but here they were suggesting they could be trusted to defend vital community services in this city.
Thankfully I was able to set the record straight, that there is only one party in this city whose hands are clean, only one party which has opposed all these attacks on community centres and programmes working people depend on for the past 10 years and its the Scottish Socialist Party - no one else!
Of course none of the SNP/Lib Dem Councillors elected in May 2007 on a 'NO CUTS' programme had the courage to turn up and defend their decision last night, or indeed at any of the other so called 'consultation meetings'. Instead they sent along their staff to explain why £120,000 was to be cut from these vital community facilities.
Under the SNP/Lib Dem plans the number of community centres in Edinburgh is to be further cut from 43 to 37. Adult literacy and youth work budgets will face attack.
I have visited Colinton Mains and Gorgie Memorial Hall in the last couple of days to see for myself the work they do and to listen to their case for ongoing support. I have been very very impressed by how popular and busy these two centres are and I have promised my support as SSP national spokesman and candidate for Edinburgh South West. They provide vital services to local communities and support local people and its right and fitting we offer them our backing.
I also look forward to meeting Lynsey and the other women running the Longstone After School club next Wednesday.
Posted by Colin at 06:34 No comments: 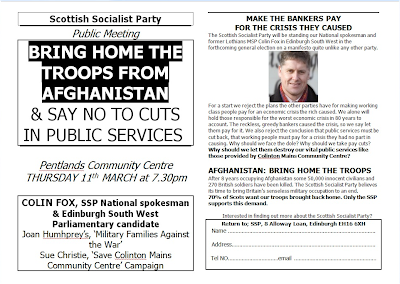 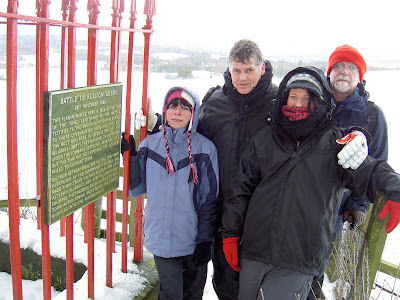 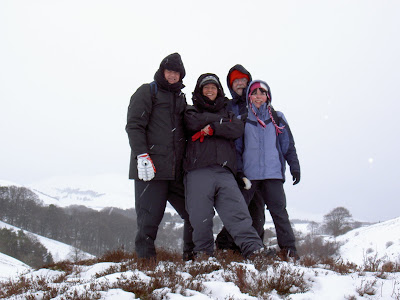 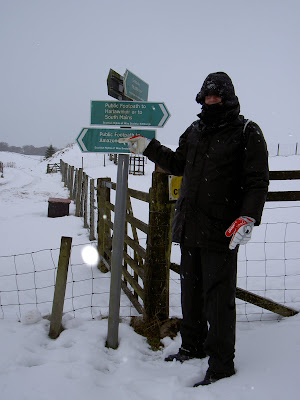 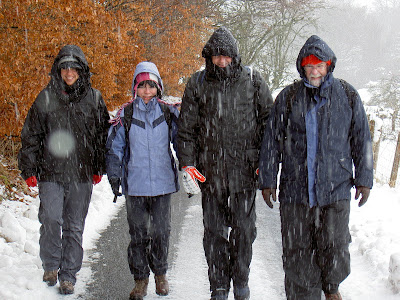