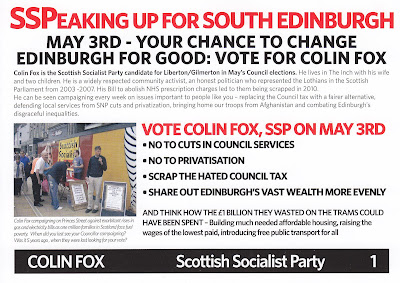 
http://www.euronews.com/2012/04/10/leipzig-commuters-coaxed-out-of-cars-with-free-public-transport/
The German city of Leipzig today introduced a 4 day free public transport initiative in a bid to persuade motorists to leave their cars at home.The scheme entitled 'Down with petrol price insanity- Time to switch' has been introduced in response to record prices for fuel in Germany.A Leipzig Transport Services spokesman announced all buses, trains and trams in the city will be free for the rest of this week. Leipzig has a population the same size as Edinburgh and the scheme will be closely monitored throughout Europe to see what impact it has on passenger numbers. A new political party called 'The Pirates' advocates free public transport in all German cities.The Leipzig initiative follows one introduced by the city of Hasselt in Belgium where free public transport was established permanently in 2005. They have seen a 900% rise in passenger numbers and an equally substantial reduction in pollution levels and traffic congestion.The Scottish Socialist Party advocates free public transport for Scotland as a way of persuading people to leave their cars at home and combating the harmful emissions linked to global warming. We will be most interested in examining the evidence arising from the Leipzig experiment this week
Posted by Colin at 18:07 No comments:

George Galloway's election as the new MP for Bradford West will send shivers up and down the spines of all 4 'mainstream' political parties in Scotland. It represents a highly visible demonstration of the extent of opposition to Britain's ongoing occupation of Afghanistan, which they all support. It also shows the widespread revulsion at the corrupt political practices they all employ. Money grabbing career politicians are oblivious to the anger in working class communities throughout Britain at their own growing impoverishment on the one hand and the unbridled greed of MPs on the other. Make no mistake further results like this one will not be uncommon.
Posted by Colin at 21:37 1 comment: